Sacred cows Must Not be Rocked

What’s all the fuss about?

Somebody rocked the Jewish boat.

Silly girl, everyone knows that is a sacred cow! Must not be rocked!

Had Lady Tonge said the same about Syria, Libya, Greece, the USA or even Putin’s Russia, everyone would have nodded their heads sagely and carried on.

But she chose to rock the sacred cow!

How tactless, how anti-semitic! Shock, horror, the path to disaster!

Well, I have to agree with her. Any country that bucks the international community in the way Israel has thumbed its nose to the UN and continued building settlements or, the way the USA has voided the Constitution or, the way Greece has all but declared itself bankrupt or, the way Ashar al-Bastard has continued, nay increased its attacks on innocent women and slitting children’s throats or, the way Russia has allowed rigged elections or, Iran as it has continued to defy the west in relation to its nuclear programme or, North Korea or Argentina is doomed for the same fate in one form or another. 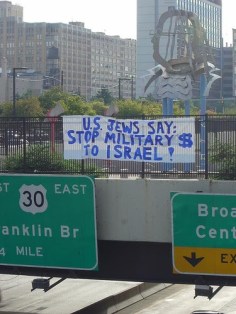 The writing is already on the wall

“Beware Israel. Israel is not going to be there for ever in its present form. One day, the United States of America will get sick of giving £70bn a year to Israel to support what I call America’s aircraft carrier in the Middle East – that is Israel. One day, the American people are going to say to the Israel lobby in the USA: enough is enough. Israel will lose support and then they will reap what they have sown.”

Lady Tonge’s remarks were totally correct about any dissident country. It just happened that she chose the big ‘No, no!’

I am dismayed at the spineless Clegg in sacking the Baroness. Everybody rushing in to appease the Jews and Israel. – The Guardian

You don’t see the same happening to Syria, a country that is in deep shit. No, everybody is turning their backs and demanding talks. Syria is all Blah, blah, blah… and no one cares. The moment someone ‘blahs’ about Israel everyone ducks for cover to avoid the flying crap.

Come on you spineless bastards, treat Israel the same as you treat any other country.

What about sanctions against Israel for 40+ years defying the UN resolution over settlements?