A Lot of Bunkum

Posted by argentumvulgaris in Brazil on September 29, 2011

Brazil’s ministry for women has called for a TV advertisement featuring supermodel Gisele Bundchen in her underwear to be suspended.

The advertisements for lingerie firm Hope features the Brazilian supermodel

The ministry has asked the advertising authorities to ban the lingerie ad, which it says “reinforces the erroneous stereotyping of women as sex objects”.

In the ad, a scantily-clad Ms Bundchen distracts her husband while telling him bad news, such as damaging the car.

In 2010, the ministry secured the ban of a beer ad featuring Paris Hilton.

The advertisement “ignores the progress made in ending sexist practices. It also represents discrimination against women”, the ministry said in a statement.

The TV campaign sends a message “that sensuality can melt any man” and “encourages Brazilian women to use their charms… to minimise the reactions of their husbands”, it said.

What a load of bullshit. If she was selling cars she would be out of context. 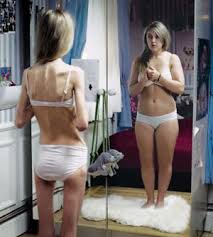 How victims see themselves

Personally, I find Gisele to be a scrawny bint without an ounce of sexuality. Sorry, Gisele, but put some meat on your bones you’re a pathetic example for women everywhere and only serve to encourage sicknesses like bulimia nervosa. As if the world doesn’t have enough shit.

But you can guarantee one thing; the blonde bimbo presidenta (Dilma Rousseff), will get her way making a fool of herself as usual and have the ad banned by government interference. Now, if the blonde bimbo banned all scrawny skeletal models from the fashion industry, she would be doing the world a favour!

Gisele; sex object… Hahaha, she is not!