Weakening the Very Bonds of Society

Posted by argentumvulgaris in America, Politicians on September 3, 2012

If politicians and those around them do not pay their fair share of taxes, how can we expect that anyone else will?

Mitt Romney’s income taxes have become a major issue in the American presidential campaign. Is this just petty politics, or does it really matter? In fact, it does matter – and not just for Americans.

A major theme of the underlying political debate in the United States is the role of the state and the need for collective action. The private sector, while central in a modern economy, cannot ensure its success alone. For example, the financial crisis that began in 2008 demonstrated the need for adequate regulation.

Moreover, beyond effective regulation (including ensuring a level playing field for competition), modern economies are founded on technological innovation, which in turn presupposes basic research funded by government. This is an example of a public good – things from which we all benefit, but that would be under-supplied (or not supplied at all) were we to rely on the private sector.

Conservative politicians in the US underestimate the importance of publicly provided education, technology, and infrastructure. Economies in which government provides these public goods perform far better than those in which it does not.

But public goods must be paid for, and it is imperative that everyone pays their fair share. While there may be disagreement about what that entails, those at the top of the income distribution who pay 15% of their reported income (money accruing in tax shelters in the Cayman Islands and other tax havens may not be reported to US authorities) clearly are not paying their fair share.

There is an old adage that a fish rots from the head. And if no one does, how can we expect to finance the public goods that we need?

Democracies rely on a spirit of trust and co-operation in paying taxes. If every individual devoted as much energy and resources as the rich do to avoiding their fair share of taxes, the tax system either would collapse, or would have to be replaced by a far more intrusive and coercive scheme. Both alternatives are unacceptable.

That Americans, in particular Repugnicans, can even consider this person (and I use the term loosely) as a candidate for the presidency demonstrates so clearly that a large proportion of Americans are stupid.

I wish to make it clear, that while my recent posts have obviously been anti-Romney, that doesn’t mean I am in favour of the Democraps; they are no better.

Electing Romney would simply be jumping from the pan into the fire.

The USA is already sizzling nicely, and the majority, not JUST Repugnicans) are about to get fried, both financially and personal restrictions.

I am not American, neither have I ever been there, I can’t understand why on earth anyone would want to go. I have long held the opinion that America is a beautiful country, it’s just that it’s full of Americans. It is true that the USA is at the top of my list of countries that I never wish to visit. Having said that, I do know some very decent Americans; and I might add that they are against the two-party system, they see the rot.

What I am worried about is that what happens in the USA reflects around the world, of which I am a citizen. Hence, I have as much right to criticise the USA as any American.

Everything that Romney stands for, and I mean everything, is so much against the grain of what America once was; that is a great country. You and I have to pay taxes, Romney’s tax avoidance alone should disqualify him from ever holding any public office without even considering his policies.

Back to the Future

Posted by argentumvulgaris in America, Politicians on April 25, 2012

“The title for Governor Romney’s speech tonight should have been Back to the Future, because he has proposed a return to the same policies that got us into the economic crisis in the first place.” – Obama spokesman Ben LaBolt

There is only one difference between the Repugnicans and Democraps… The speed they fall to their knees in front of the corporations.

Romney’s rhetoric amounts to a bucket of cold vomit; it’s all been said and tried before.

The Repugnicans have proved their stupidity beyond doubt. There is no way that Romney can oust Obama. The only hope for that was Ron Paul.

Now the only hope for America is Ron Paul as an independent. He is the only one that is prepared to challenge the status quo.

Heartland Institute Caught With Its Pants Down on Global Warming

Posted by argentumvulgaris in America, corporations, News, Politicians on February 19, 2012

A number of internal documents were apparently leaked this week from conservative think tank, The Heartland Institute, revealing its funding sources, strategy and a 2012 action plan to deliberately cast doubt on the subject of global warming despite the clear evidence and overwhelming scientific consensus. Some sources are describing the leak as a counterpoint to “Climategate” and at least as potentially damaging, though this time to the “skeptics” side.

In a quickly prepared press release, the Heartland Institute claims both that the documents were fake and that they were stolen, which is a bit puzzling.

On the one hand they say that, “the stolen documents were obtained by an unknown person who fraudulently assumed the identity of a Heartland board member and persuaded a staff member here to ‘re-send’ board materials to a new email address.” And at the same time, they are “respectfully” asking that these materials not be disseminated since, “the authenticity of those documents has not been confirmed.”

They go on to appeal for civility, stating that, “As a matter of common decency and journalistic ethics, we ask everyone in the climate change debate to sit back and think about what just happened.” This is, of course, exactly what they did when the East Anglia e-mails were leaked, suggesting data tampering on the part of climate scientists. Not.

A list of the leaked documents can be found here. The Heartland Institute, claims that one of the documents, the 2012 Climate Strategy document is a fake. However, independent investigation has verified that each of the five strategic elements contained in the two-page overview are also contained in other documents whose validity have not been contested.

The “allegedly fake” strategy document opens with the following statement.

Given the increasingly important role the Heartland Institute is playing in leading the fight to prevent the implementation of dangerous policy actions to address the supposed risks of global warming, it is useful to set priorities for our efforts in 2012. This document offers such a set of priorities. I propose that at this point it be kept confidential and only be distributed to a subset of Institute Board and senior staff. More details can be found in our 2012 Proposed Budget document and 2012 Fundraising Strategy memo.

These documents, if they are indeed genuine, reveal nothing less than the well-funded, well-oiled heart of the climate denial machine. And while the two-page strategy document is the only one whose authenticity is being disputed, all these elements are referenced in the other documents.

Nothing here should be surprising to anyone who has been following this story, except perhaps how shameless these folks are in their bald-faced attempt to subvert the truth for their own monetary gain.

Now why doesn’t this surprise me?

That’s a rhetorical question, it doesn’t need an answer, in as mauch I am not surprised.

It’s just another ploy from the government’s ‘bag of tricks’ to shut the people up and divert them from the issue.

If you can create enough doubt, then the people believe there is no issue.

The issue is that the government are the biggest pack of lying hypocritical bastards that exist!

The government will do and say anything their corporate masters tell them to say; and the corporate masters are not interested in you or the issue at hand. They want to shut your complaining mouths so they can continue raping the planet for profits!

This year is election year. Repugnicans vs Democraps – it doesn’t matter which of these lying bastards you vote for, you’re still going to get lies, lies and more bloody lies.

Get this two-party system out of your heads.

Vote for independent candidates, show these corporations that they have wasted the freakin’ money. 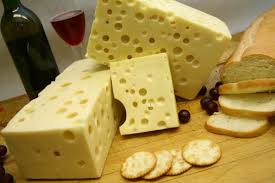