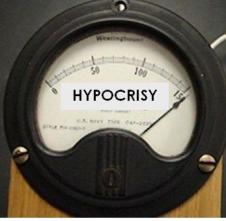 Russia has said in the past that it supports the cease fire efforts of the UN so it’s hard to see how supplying more weapons to Assad’s forces will further that goal. And it’s pretty certain that some of the bullets in that shipment will end up killing innocent civilians.

A high price to pay just to fatten the profits of Russian arms companies.

No wonder the Russians are preventing the UN Security Council from slapping an arms embargo on Syria.

Syria is one of Russia’s top weapons customers. The United States and European Union have suggested the U.N. Security Council should impose an arms embargo and other U.N. sanctions on Syria for its 14-month assault on a pro-democracy opposition determined to oust Syrian President Bashar al-Assad.

But Russia, with the support of fellow veto power China, has prevented the council from imposing any U.N. sanctions on Syria and has refused to halt arms sales to Damascus.

“Al Arabiya have learned that a Russian cargo ship carrying a large amount of weapons plans to unload its cargo in the Syrian port of Tartus,” the broadcaster said on its website on Thursday.

The report said the ship left a Russian port on May 6 and cited a “Western source” as saying that it will dock at Tartus on Saturday.

“The ship is trying to conceal its final destination in a suspicious way,” Al Arabiya said.

Opinion:
I have remained silent on this issue, waiting for the ceasefire.
It appears there won’t be one, as long as the Russians are prepared to arm the incumbent assassins.
Bashar al-Bastard will continue slaughtering Syrians, women and children too. The latest massacre in Houla yesterday with 90+ dead including 32 children under the age of ten. Read the BBC report below.

UN observers said they had confirmed the number of dead

Western nations are pressing for a response to the massacre in the Syrian town of Houla, with the US calling for an end to what it called President Bashar al-Assad’s “rule by murder”.

UK Foreign Secretary William Hague has called for an emergency meeting of the UN Security Council this week.

The UN has confirmed the deaths of at least 90 people in Houla, including 32 children under the age of 10.

The Syrian government blamed the deaths on “armed terrorist gangs”.

Houla, in the central province of Homs, came under sustained bombardment by the Syrian army after demonstrations on Friday.

Activists say some of the victims died by shelling, while others were summarily executed by the regime militia known as the “shabiha”.

The killings have sparked a chorus of international condemnation.

The EU, Arab League, France, Britain and Germany all expressed shock over the incident and called for an intensification of pressure on the Assad government, while the UN demanded that Syria stop using heavy weapons in populated areas.

NICOSIA, Cyprus — A Russian ship that made an unscheduled stop in Cyprus while carrying tons of arms to Syria was technically violating an EU embargo on such shipments. But the vessel was allowed to continue its journey Wednesday after changing its destination, Cypriot officials said.

The cargo ship, owned by St. Petersburg-based Westberg Ltd., left that Russian port on 9 December for Turkey and Syria, which is 105km east of Cyprus, the officials said.

Russia and Turkey are not members of the European Union, so such a route would not have violated the embargo the bloc imposed in protest at Syria’s crackdown on the uprising against President Bashar Assad’s rule.

But the Chariot, a St. Vincent and Grenadines-flagged ship, dropped anchor off the southern Cypriot port of Limassol on Tuesday because of high seas, drawing the attention of Cypriot officials.

Customs officials boarded the ship to examine its cargo, but couldn’t open and inspect the four containers because of “the confined space” they were stored in, the Cypriot Foreign Ministry said in a statement. Nevertheless, the officials determined they were holding a “dangerous cargo.”

State radio in Cyprus went further, saying the vessel was carrying “tens of tons of munitions.”

al-Bastard’s imaginary “armed terrorist gangs” apparently include children under 10 years of age, dangerous little tykes, aren’t they? Have to be eliminated.

As for blaming the same “armed terrorist gangs”… I have seen several reports that UN observers confirmed that it was indeed al-Bastard’s military who were responsible.

Some months ago I stated that there will be no end to the bloodshed until al-Bastard is surgically removed like the cancer he is.

The procrastinating western world is well on the way to being responsible for the second 10,000 deaths in Syria.

If this ship is successful in delivering the arms, RUSSIA HAS FORFEITED ITS RIGHT TO BE ON THE SECURITY COUNCIL OF THE UN! And should be removed immediately having proved themselves unworthy to be trusted with protecting legitimate Syrians who want a fair governance.

This entry was posted on May 27, 2012, 9:22 am and is filed under News, United Nations. You can follow any responses to this entry through RSS 2.0. You can leave a response, or trackback from your own site.