Foreclosed Home Appeared to Be ‘Booby-Trapped’ 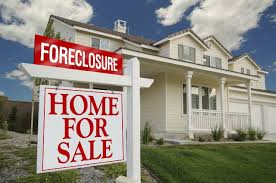 …Angry homeowners have vandalized their foreclosed homes across the country, causing headaches for foreclosure realtors. One foreclosed home in Huntington Beach, Calif. previously valued at $1.7 million is believed to have been intentionally damaged by a previous owner to the tune of $250,000 in cleanup and renovations earlier this year.

About 13.9 percent of all real estate properties owned by a bank or agency were so badly damaged that they did not qualify for standard mortgage financing, according to data collected from real estate agents across the country for November 2010.

I don’t blame them. Most of these people have lost their home because of the shenanigans of the criminal bankers. That’s enough to piss anyone off.

This entry was posted on September 28, 2011, 1:11 pm and is filed under America. You can follow any responses to this entry through RSS 2.0. You can leave a response, or trackback from your own site.